Who is Hatsune Miku? 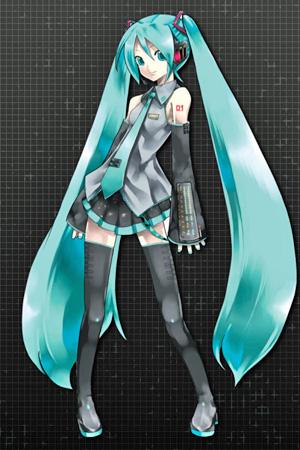 Hatsune Miku, a new singing sensation in Japan, is gaining more fanbase than anyone could imagine. Then again, It is a totally different story in Singapore. Miku is almost unheard of to the general public.

Many of my friends wondered why I was so obsessed with Miku. Many of my friends thinks that Miku is just another anime character AS WELL. After I showed them her concert on my iPhone, some complained that Hatsune Miku is not real, and that it is really weird that people are actually cheering for her while she “sings” on stage. What many of them did not realise that, Hatsune Miku is just a computer generated vocalist. In her concerts, “Miku 39’s Giving Day in 2009”

and “MikuPa”, as well as the “Mikunopolis in Las Angeles”, all of them featured real bands, while Miku, Luka, Rin and Len did the vocals.

I don’t know. Maybe it is due to the amount of exposure the public has towards Hatsune Miku. At the time of writting, the current “IN” thing in Singapore is probably Kpop stars, like “Girls’ Generation” and “Beast”.

Do anyone still remembers a phone which only had one button on its front? That phone which changes the way smart phones will eventually looks like?

Yes. I am talking about the iPhone. Within a span of few short years, most smart phone users within Singapore are using the iPhone. At one time, my friend could not find a Nokia charger for his phone in his company, since most of his colleagues are using the iPhone. It seems like the ability to market iPhones as a “cool” device is especially successful in Singapore. Then again, the same cannot be said for Miku and her friends.

Yet, I did not see what all the fuss is about, even though I have a iPhone 3Gs myself. If anyone feels offended by this statement, please air your views in the comments section. And yes. I do own an iPad2 and a MacBook Air myself. But this article was done on my i7 Lenovo.

Back to the issue of Vocaloids, to my pleasant surprise, Mike Oldfield actually employ the “Vocaloid” software in his album, “Light + Shade”.
Using the voice of Miriam, he created the tracks, “Surfing” and “Tears of an Angel”.

Can you differentiate which part of the song is sang by the “Vocaloid” Software?

So, “who” is this Hatsune Miku anyway? Well, in a one liner, a computer generated Vocalist.
She was developed by Cryption Future Media, and uses Yamaha’s Corporation’s Vocaloid 2 synthesizing technology. In a sense, she is a much advanced version of MIDIs, the forefather of MP3s.
What is MIDIs, you ask? Something like this:
I Believe I can fly, midi version

Well, during the time where a 200MB hard disk costs USD$500, and an 8MB RAM costs around USD$200, the MIDI is a god send to music lovers and makers. It allows musical instruments to communicate and synchronize with each other. It enables people to arrange their music on the computer, and got rid of the “wall of synthesizers” which surrounded the keyboard performer before the advent of MIDI. It even allowed people to arrange songs to be playback on electronic pianos and keyboards, replacing the need for Piano rolls, Hey, it saves the trees, isn’t it?

So, how is MIDIs linked to Hatsune Miku?
Similar to arranging music on computer softwares like the “GarageBand”for Macs and “Sibelius 7” for both Windows and Macs, the Vocaloid software comes with similar interface. Apart from the usual beats, strength and pitch, you must also provide the lyrics for the Volcaloid to “sings” out.

That’s right. The Vocaloid software is just a voice synthesizer. And a combination of 3D animator, dance choreographer, dancers, stage hands, and of course, the Vocaloid Synthesizer, brings Hatsune Miku to life.

So, why this negative reception for Vocaloids? Especially for Hatsune Miku? Well, I do not know. Basically, most people do not have an open mind for things which they do not understand. Many of the people around me do not have high regards for anything that they do not like, and will do little to hide them.

Then again, singers in Japan do have reasons to dislike Miku, and the “Vocaloid” software in general.

And if you read the fine prints this song is actually, Miku’s “First album”, released in 2007. Apart from competitions from younger singers around the country, Jpop singers now have to compete with Bands who uses the “Vocaloid” software as their Vocalist. To add fuel to the fire, this “Vocalist” do not need to eat, do not need to sleep, and certainly, will not quit being the Band’s Vocalist as long as the Band requires “her” to be.

Here is the original “Tori no Uta”…

Do you still remember the “Electronic Band” named “Gorillaz”? Well, they are still around. However, unlike the “Vocaloid” Bands, the four animated members of the Gorillaz are voiced by real people. Their songs are created by various musicians

And here is “Clint Eastwood”…

For those who are familiar with the Super GT, you would surely remember the car that came in first during Super GT 2011 Sepang being a BMW Z4, and it had a green haired anime girl on the car’s bonnet.

This is the Hatsune Miku Goodsmile BMW Z4…

Here is the link to the Qualifying video…

That’s right. The girl on the bonnet is Miku.

Coming back to Singapore….
Do Hatsune Miku have any future? I do not know. Jpop had more or less gave way to Kpop at the time of writing. Hatsune Miku is more or less “another anime character”. Being the only Anime/Jpop Otaku around my friends, I usually don’t speak about my hobby much. To my friends, the stock exchange is their playground, and grumbling about the government’s latest policy is more enjoyable than learning about the different cultures of the world. One of my friend even asked me, why do I even pay money to listen to someone imaginary? Well, he can never remember the answer, one which I had told him time and again, that the ones that I am supporting are the bands that uses Miku as a Vocalist.

Well, not that he cared about what other people says anyway. Maybe I should learn from him, to basically not listen to anyone, even if you are the one asking the question.

That being said, I am still very much amazed by the amount of people who came for the “MikuPa” Concert in Singapore this November. I wonder how many people will turn up if there is another Miku concert next year…

Update 7th December 2011
I had forgotten about SeeU, the Korean Vocaloid…

Her voice bank was provided by Kim Dahi, and her Persona is very moe, as compared to even Miku herself… 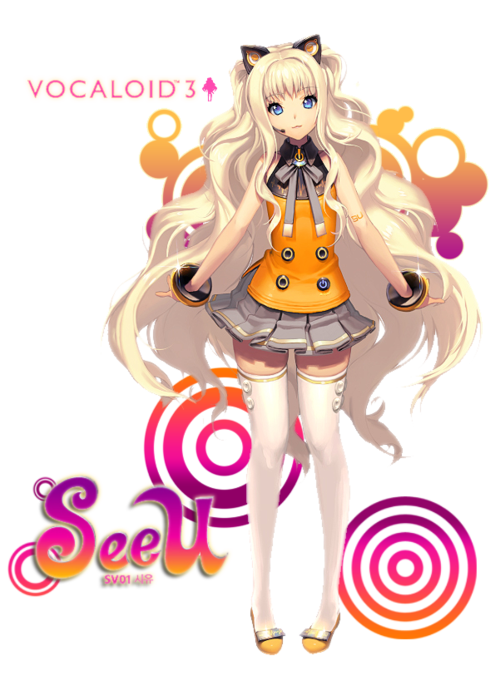 And of course, trying not to be outdo by newer Vocaloids, Miku do have her own version of “I = Fantasy”…